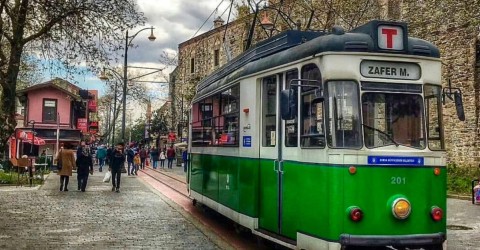 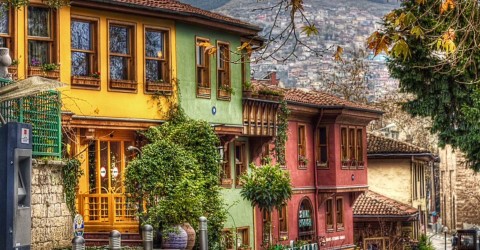 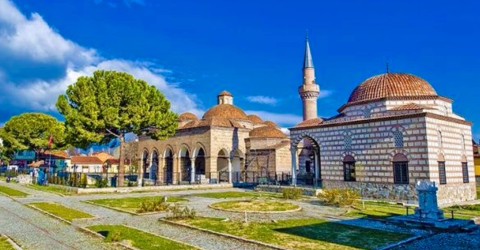 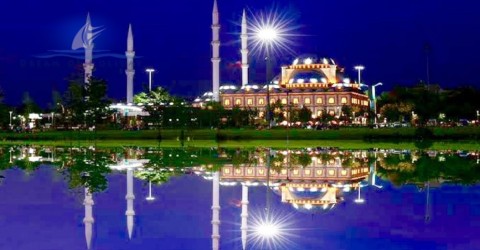 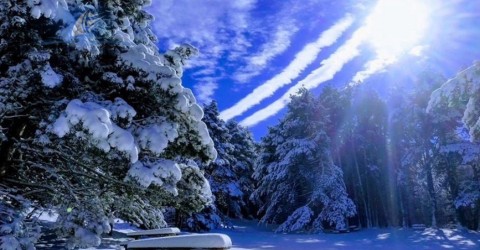 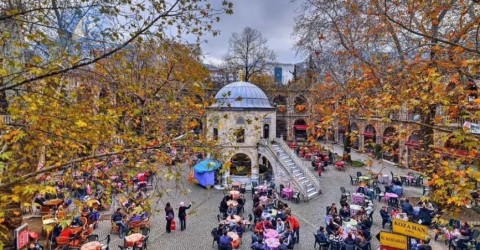 Bursa is 4th metropol and crowded population of Turkey. Bursa is rich about its economy and the natural , historical sources of Bursa more important for Turkey. There are a lot of works which depends on Ottoman Emperior Period. Because of ,Bursa was the capital and establish place of Ottoman Emperior. Bursa is most important place in area with its malls,mosques,parks,museums,and beautiful nature. Bursa was inspirer of foreign and local writers. Bursa is one of the most developed cities of Turkey with its industry and beauty.Bursa is developing big export after Istanbul. Bursa is city where is living civilization of old periods and so why it is wealthes with its historical sources. Iznik was capital of Anatolian Seljuk Sultanate. The first Ottoman money had been printed in Bursa. There are a lot of rumors about name of historical city Bursa.The truth one is ;King of Britian I. Prusias seized Bursa and named this city as Bursa. The districts which are connected to Bursa; Buyukorhan,Gemlik, Harmancik, Inegol,Iznik,Karacabey,Keles,Mudanya,Mustafakemalpasha,Orhaneli,and Orhangazi. There is diversity of natural side in Bursa.The coast of Marmara is more straight and Gemlik Bay is most importan recess.Sometimes it has quality of plateau and are founded among of mountions.Samanli Mountions which are founded in north,are interrupted with collapsing of Iznik lake.There are Mudanya mountion in southern, and Katirli mountions ( Aydin ) in southern of Iznik lake. These mountions decreasing to Bursa Plain from north.The Bursa Uludag - Domanich mass is big roughness in the end of plain. The highest point of city is 2.543 metres in Uludag.There are hills that highes do not increase 1000metres west side of Marmara coast. There is collapse are which follow to Balikesir contunie of Bursa plain in southern . There are Ulubat lake and Karacabey Plain in this collapse.There are Iznik Lake that 5th big lake of Turkey and Ulubat Lakes in northwest. There are three small lakes known as Karagoller on top of Uludag. Bursa comes foward with its malls,parks, museums, and bazaar. The most important industry city of Turkey. City makes second big export after Istanbul Turkey. Bursaspor the team of city was champion of Turkcell Super Lig in 2009-2010 season. Ulu Mosque is the symbol of Bursa and was built with ashlar, very thick and high walls over 12 heavy four square pillars ,pendants,twenty domned by Yildirim Beyazit in 1396-1400 years.It is known as an classic and antique example of multicupola mosque.This mosque has 318m2 size and known with its rich and spacious area between Turk mosques.There is fountain inside Ulu Mosque. It has its own history about structure of fountain.Bursa is most important in point of human , culture,and turism. Bursa makes easy transportation by closest to Istanbul, Eskisehir, Izmir and Balikesir Turkey. Bursa is attractive locomotive with its thermal hotels that are founded mineral waters. Bursa is intersection point of Istanbul, Eskisehir, Izmır and Balikesir and hosts visitors from job world and travelers of history. And Bursa hotels are everywhere of city for hosting guests.There are big and flashy hotels, and rent a daily, weekly residance in centry of city. The luxury villas where founded in mountion way gives a service to visitors. Dream of holiday Bursa Houses are founded in centry of city. Some of villas our company are in districts of Bursa Turkey. With hosting in Mudanya and Trilya you can enjoy our flats that are founded there. It will be wonderful to spend winter with skiing and seeing the white skow.You can prefer luxury hotels in Uludag. The transportation is provided from highway and airway. Bursa is as a bridge between Istanbul and Izmir Turkey. Yenisehir Airport provides the transportation from airway. To arrive centries in Anatolia are used Ankara Turkey. The airport is in Yenisehir district of Bursa. The general centry of Dream of holiday in Bursa Osmangazi.Dream of holiday gives a service in three point of Bursa. Dream of holiday Bursa in Bursa Modern buildings with 15 rent a daily flats, with 6 number of rental daily houses in Doganlar buildings in Fomara square centry point of Bursa and in Akcaglayan Toki that near to Teleferik ( Ropeway ) and distance 1 km between them.

The foundation of Cumalikizik is nearly to 1300 years.The village had been built as foundation village and its architucture structure saved itself from Ottoman period to modern day.It has been most attractive and visited settlement with this feature. The museum of entograpy exhibits things about village history in centry of village. It is made raspberry festival in June every year. There are being done a lot of historical moves and serial in Cumalikizik Village.An activity not to be missed by the guests Cumalikizik Village is the historical and nature place like  Letoon Ancient City, Nemrut Mountain, Truva Ancient City, Hattusa Ancient City, Cappadocia,  Pamukkale Turkey, Bergama Ancient City and Efes Ancient City which is at the world cultural list of UNESCO.

Sultanat Door is in Tophane , Ottomans entered from this door to Bursa. You can feel mystical air deeply. You can live historical feeling on Friday baceuse of Mehter anthem playings and and light shows.

Tophane which is the symbol of Bursa with its historical background, greens and fresh air has always been an inspiring place for poets and writers.

It had been built by Sultan Mehmet Chelebi son of Yildirim Beyazit in 1421. Architect is Haci Ivaz Pasha. Green Tomb is symbol of city and you can see this place everywhere of city. I.Mehmet Chelebi had been built this structure and died after 40 days. There are totally 8 cists in Tomb which are of ; Chelebi sultan Mehmet, sons Shehzade Mustafa, Mahmut and Yusuf, daughters Selchuk Hatun, Sitti Hatun Aishe Hatun, and Daya Hatun nanny of her. Altough its name is Green , the colour of tomb is wonderful turquoise that has the most beutiful colour of world. It is founded as rare work of Iznik tile.

Uludag is the highest mountion of Marmara region. It is centry of ski in worldwide. The foreign and local visitors use Uludag for skiing in winter and for picnic , walking in spring. Uludag is place that have to be visited in Bursa.Uludag is the first thing that come to mind when Bursa is mentioned. Uludag which is the most important center for winter tourism in Turkey, with its hotels and ski resorts is also important for Europe. In the winter months it has a lot of visitors. With camping grounds where you can find the every shade of green, seven lakes, and Uludag National Park, Uludağ is an irreplacable place for people who are passionate about nature.

Its location is 40 km far away from Bursa. It is connected to the county of Inegol. With its greens and healing thermal waters it is a nice place to visit. Public Houses and Turkish Baths;This place attracts attention with its thermals and flora , and connected with Inegol district of Bursa.You can use Oylat thermals as picnic place and health centry.

Lake Ulubat protected by Ramsar and know as Apolyont .It is popular with its water birds because of migration location. You can add Uluabat Lake to your traviling places in Bursa.

With its natural beauty, locating near Ulubat lake, Aglayan Cinar is a popular destination. That reigon recently has been sought after duck hunting. If you are passionate about football, during your visit what you should do is go and watch a Bursaspor match. The city of Bursa, with its museums, public houses, madrasahs, nature and historical texture is worth to see. Wish to see you here!

It is located in Mudanya Turkey county of Bursa. Itis an old Greek town which has the best olives and olive oil in the world. Trilye which is across the Imrali Island has a historical background thus it always have many visitors. World’s first church with pictures is located in Trilye. Old Cypriot President Archbishop Makarios went to primary school in Trilye.

That county which is a subject of mythology was identified with Turkish ceramics at the period of Ottoman. Iznik which is one of of the oldest settlements in Bursa has a history started in BCE 3rd century. İznik is the city of Wine God Dionysos from the Hellenistic period. Agiasofia Church where the VII.Ekümenik Council was held is in Iznik province.

Located on Altiparmak Street which is the heart of Bursa, is a meeting point for people where you can eat fish and drink rakı along with live music.

It separates the counties of Yildirim and Osmangazi. Its one of the downtown bridges which is found only in 4 places in the world.

It is a park located in the city centre where you can see more than 150 kind of trees and flowers. Every year International Tulip Festival is held in this park. Besides the zoo where you can see many kinds of animals, it has also reataurants and walking areas.

It is Turkey’s oldest tree. Its height is 36 meters and its girth is 9,5 meters. It is located on Uludag road.

It was built in 1396-1400 by Yıldırım Bayezıd. It is one of the symbolic structures in the city. Since it is one of most beautiful structures of Ottoman architecture it is a must see place.It named Ayasofya of Bursa by Evliya Celebi and there are founded all islamic works inside it. The fountain inside of it one of the carving works.It is known mosque which Karagoz and Hacivat worked in mosque construction.

It was built by I.Mehmed Celebi (Celebi Mehmed). It is a masterpiece of ceramics. Green Tomb which is the symbol of Bursa located in a place where there are Emirsultan Tomb and Turk Islam Museum. It is a must see during your visit.

It is located in Emirsultan district. It was built by Hundi Hatun who is the wife of Emir Sultan for him. Also, II.Murad (Muradiye) Camii, I.Murad (Hüdavendigar) Camii, Yıldırım Bayezid Camii, Sultan Orhan Camii, Beşikçiler Camii, Kamberler Camii, Sitti Hatun Mescidi, Bedreddin Camii, and Alaaddin Camii are worth to see. In the city center there are also French Church, Geruş Synagogue, Mayor Synagogue and Ahaim Synagogue.

That Han which is one of the symbols of the city is located in the city center. Its an important center for silk trade. Queen of England II.Elizabeth Alexandra Mary visited Koza Han during her trip to Bursa. That Han is located near the grand bazaar in Bursa and Ulucamii.

Located in city center, Pirinc Han is a resting spot for people with its 500 year historical texture.

With its historical texture and maginificence it is one of the public houses in Bursa. In Bursa there are many public houses like İpek Han, Geyve Han, Fidan Han, Eski Yeni Han, Çukur Han, Kapan Han and Issız Han. Bursa is sought after its thermal springs.

Bursa is in a convenient location for transportation. It is possible to get by sea and by air, except road traffic.Buses are every days available from Istanbul, Ankara, Izmir, Antalya Turkey, and all Citys for Bursa.You can use  Yalova Port - Mudanya Port route for your Bursa sea transport,You can use Yenisehir airport, Sabiha Gokcen Airport and Istanbul Ataturk Airport for your Bursa transport. Dear our customers can contact at any time of the day to get the detailed information and more from Arsis VipTransport..!

You can find many accommodation options in  Bursa Turkey. You can find in Bursa on Bursa's otels and pensions that are suitable for your budget. And, you can rental apartments, Holiday Homes in Bursa for holiday. As Dream Of Holiday firm we offer you rental holiday villas and apartments in Bursa. You can check our Bursa Vacation Rentals and Bursa Apartments for yours Bursa Vacation.