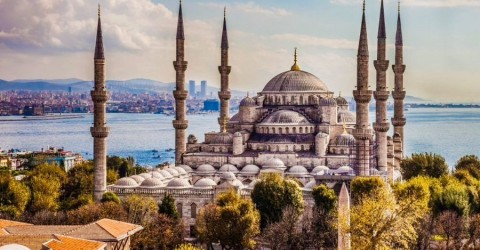 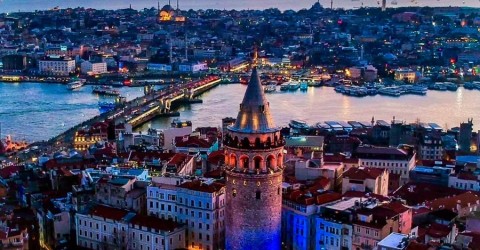 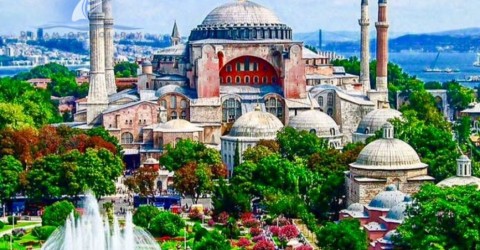 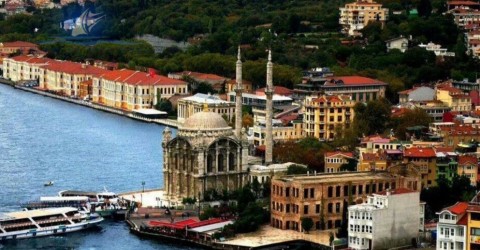 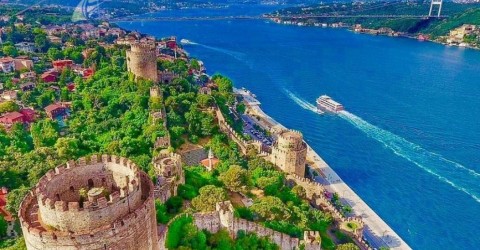 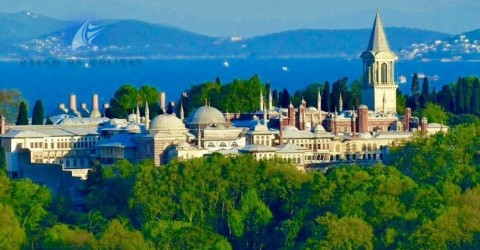 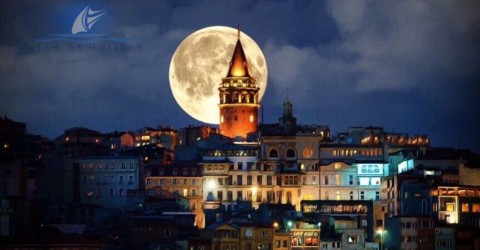 Information About Of Istanbul, Turkey

The population of Istanbul, which is close to 5 million, is a peninsula between the Marmara Sea and the Black Sea, which is adjacent to Kocaeli Turkey, Tekirdag and Kirklareli. How many cities are there in the world, where poems and texts are written in every language and a key center in every period? With its geographical location, history and architecture, it has been the center of the world for centuries and today it is the capital of the world capitals. Asia and Europe continents of the Bosphorus Bridge, Fatih Sultan Mehmet Bridge, Yavuz Sultan Selim Bridge and the biggest project of recent years, connecting the legendary city of Istanbul linking with Marmaray, as Napoleon Bonaparte said '' If the world was a country, it’s heart would be Istanbul. '' it even makes clear its geographical and strategic position. Over the years, hosting the greatest empire, religions, languages, races in Istanbul, Turkey and is the most populous city in Europe. Istanbul, one of the oldest cities in the world, became the capital of the Ottoman Empire after the division of the Empire, the Eastern Roman (Byzantine) Empire, the Latin Empire and the Ottoman Empire between 1453-1922. In addition, from the year 1517, when the Caliphate was transferred to the Ottoman Empire, until 1924 when it was removed, Istanbul became the center of Islam. Istanbul is one of the World Trade Centers; Is economically developed Turkey to have the largest share in the industry. Istanbul natural beauty, geographical location, historical sights in Istanbul hotels and accommodation By combining, has been one of Turkey's leading tourism centers. As most of the foreign tourists enter Turkey from Istanbul, Holiday Resorts of Istanbul are also very important. Our list of places to visit in Istanbul, which is the center of many civilizations over the years, will be quite fluffy. We have also compiled the most important places to visit and visit in the historical Istanbul city, which is on the list of Unesco's World Heritage Sites such as Letoon Ancient City, Nemrut Montain, Truva Antique City, Cumalikizik Village, Hattusas Antique City, Travertines of Pamukkale, Efes Ancient City, Pergamon Antique City and Cappadocia. You can also watch our Istanbul promotional video from here ..!

We have compiled for you the sights, historical places and natural beauties of Istanbul, which is one of the biggest cities of the Marmara Region. You can share the Istanbul trip points that you think are missing or your thoughts about Istanbul in the comments section.

If it were the heart of Istanbul, it would have found life in Taksim Square. Istanbul's Beyoglu district, located in the vicinity of Taksim Square, restaurants, hotels, shops and entertainment centers and Istanbul's most stopover point. Starting from Taksim Square and Istiklal Caddesi, which also continued, trams and Kalabagan is busy with Turkey's most famous Street.

Topkapı Palace, which is fascinated by its magnificence and architecture, is one of the historical places that should not be missed in Istanbul. Topkapı Palace was built by Fatih Sultan Mehmet in 1478 and served as the main center where Ottoman sultans lived and ruled the state for 400 years. Topkapı Palace opened to visitors during the reign of King Abdulmecit, welcomes its visitors today and is the center of interest for tourists with its mysteries and traces of Ottoman history and architecture.

Ayasofya Museum, which presents the history of Istanbul with domestic and foreign holidaymakers, is one of the places that should be reserved for time to see. Hagia Sophia was built by the Byzantine Emperor 1st Justinian and later converted into a mosque by Fatih Sultan Mehmet. Feeling the history welcomes many tourists who want to witness. Hagia Sophia is the most important place to visit in Istanbul.

Green and Blue Iznik tiles, built by Sultan Ahmet, called by foreign tourists as '' Blue Mosque '' , also carries the distinction of being the first six minarets in Turkey. Sultan Ahmet Mosque, which is one of the must-see places of Istanbul, welcomes many visitors.

With its rising columns in the waters, with interesting legends, the Basilica Cistern is one of the most curious places to visit in Istanbul. The Basilica Cistern, which was used by the Byzantine Emperor to meet the water needs of the palace, continued for the same period during the reign of Sultan Mehmet the Conqueror. It is among the legends and narrations that the shapes on the columns resemble the tears, and it is important in terms of representing the drama of many slaves lost during the Great Basilica. The most remarkable one among the pillars is the Medusa Sculpture. For this reason, it attracts the curiosity of many tourists with its structure. Places to visit in Istanbul should be at the top of your list of works is Basilica Cistern.

This historic site was built by Abdulhamid Khan in the Ottoman Empire period. It may be places to visit in Istanbul. Nice architecture and location with a nice option for your trip.

Gülhane Park was used as one of the unique gardens of Topkapı Palace during the Ottoman period. Period, with roses, a flower garden that would be decorated with tulips, yet once again maintenance, but maintenance done today, has become one of Turkey's largest park. It can be a good alternative for the natural beauty of Istanbul if you don't want to stay away from the city with its fresh air and nature during the weekdays or weekend flowers and at the same time you don't want to get away from the city too much.

Built by Sultan Abdülmecid, Dolmabahçe Palace is a great option for your list of places to visit in Istanbul. This magnificent work, which was built during the difficult times of the Ottoman Empire, is of great importance because it is a place where Atatürk stayed in Istanbul during the Republic period and he has fallen for his life here. Dolmabahce Palace, which contains the historical texture of Istanbul, is one of the places that should be seen by local and foreign holidaymakers.

The palace, which is known as Beşiktaş Palace in a period, was built by Sultan Abdülaziz. Çırağan Palace, which has a magnificence and glamor, has become a place where organizations such as party, wedding and ball are held today. We recommend you to visit this list to see this magnificent work and to breathe the air.

This historic palace, built by Sultan Abdülaziz, has become one of the most frequented places of visitors. This Beylerbeyi Palace is located in Uskudar, Istanbul.

Located between Beşiktaş, Ortaköy and Balmumcu, Yıldız Palace is one of the historical sites of Istanbul. It is used as a museum today with its historical texture dating back to the Byzantine Empire. You can get to the list of places to see in Istanbul.

Tekfur Palace is another magnificent building that has survived to the present day from the Byzantine Empire. The archaeological studies conducted to solve the mystery of historical events are still continuing. Therefore, it is one of the history worth seeing machines.

Known as the Prince Islands in the old times, Buyukada, Heybeliada, Burgazada are known as the team islands. The region, which is an indispensable part of the Istanbul holiday, is one of the first preferred places for weekend getaways due to its nostalgic air, the phaetons still in use and the lack of traffic. It has become a favorite of many foreigners who want to breathe nostalgic air.

Rumeli Fortress, which was built to draw the rope from the Anatolian Fortress during the conquest of the Ottoman Empire, is located among the historical places of Istanbul. It is a beautiful work that you can put on your trip list.

Anadolu Hisarı, which was built to prevent Byzantine from the Black Sea, is located on the opposite bank of the Rumeli Fortress. Anadolu Hisarı is one of the works worth seeing with its quiet structure and historical beauty of Istanbul.

The history of the Yedikule Dungeons, which sheds light on the history of Istanbul, is based on the Byzantine Empire. It was also used in the Ottoman Empire. Today, Yedikule Dungeons, which are used as one of the open air museums, became a historical place where cultural events, various organizations and concerts were held. This work, which has shed light from the past to the present, attracts the attention of local foreign tourists.

Located in the center of Istanbul, the historical texture and many places to do shopping in Istanbul because of the visitors are experiencing great interest by the visitors. May be another one of your visiting points.

One of Istanbul's oldest bazaars, the Misir Bazaar is one of the must-see places in Istanbul. Misir Bazaar, built by Turhan Sultan in the 17th century, is especially frequented by foreign holidaymakers.

Bakırcılar Bazaar, which attracts the attention of foreign tourists, is located in Beyazıt district. Shops, pots, barbecues and other items made of copper are exhibited and are open for sale as well as shops around. Coppersmiths Bazaar is one of the most unknown places to see.

Today, Eyüp Sultan Mosque, which is attributed as a holy place of worship, is located on the coast of Haliç in Eyüp district. It is a historical mosque where tourists from other cities or from abroad do not see. On the holy Friday of Istanbul, it is seen that the crowd turned to a mosque and worshiped. What should be seen is one of the holy places of Istanbul.

Miniatürk is a place where many models of works are exhibited. Topkapi Palace, Anitkabir, Mevlana Mausoleum, such as various works, here you can see the model as a collective and can be informed about. Since 2003, it has been one of the first places to go and see the tourists from the moment they step into Istanbul.

Istanbul is located in an easy-to-reach location, it is also possible to reach by road and by sea and by airway. There are regular bus services from Istanbul, Izmir Turkey, Bursa Turkey and Antalya Turkey to Istanbul. Ido Ferries from the Mudanya - Burgaz Pier, Budo Ferries from Mudanya Pier, from Yalova to Topcular İdo Pier are organized regularly for transportation from Istanbul. You can use Atataürk Airport or Sabiha Gökcen Airport for your Istanbul Airway transportation. You can get detailed information from our other company, Arsis Vip Transfer, for Ataturk Airport transfer or Sabiha Gokcen Airport transfer.

In addition to being one of the world trade centers, you will find many alternatives for accommodation in Istanbul, one of the most visited cities in the world tourism with its natural beauties and historical texture. Istanbul Hotels, hostels and alternative accommodation can be found in terms of every budget you can find in Istanbul. Istanbul Hotels, which you can stay according to your budget, has always found its place in the list of the most beautiful hotels in the world. Our company Dream Of Holiday, which is one of the pioneers of the holiday villas and home rental sector in the villa, serves every budget and every guest group in hotel concept in Istanbul as well as in holiday centers such as Bodrum Turkey, Marmaris Turkey, Kusadasi, Fethiye Turkey and Cesme. You can reach our rental houses and holiday homes in different locations and concepts in Istanbul from the relevant links.

You can find out our changing prices and the availability of our Istanbul holiday rentals 24/7 in our busy season.