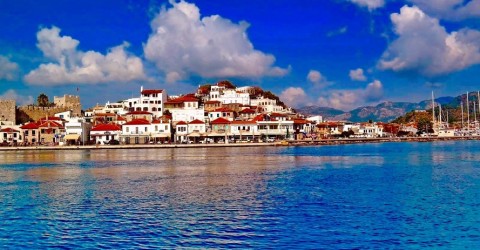 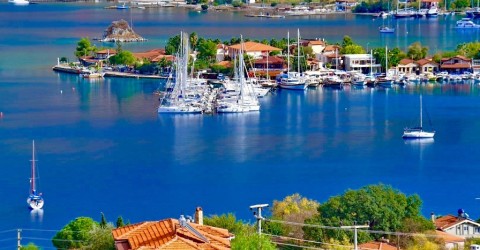 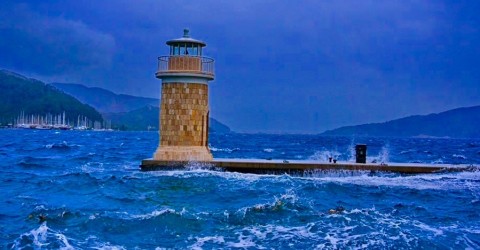 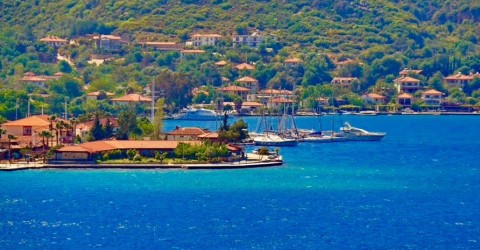 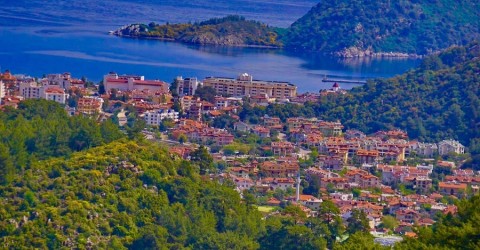 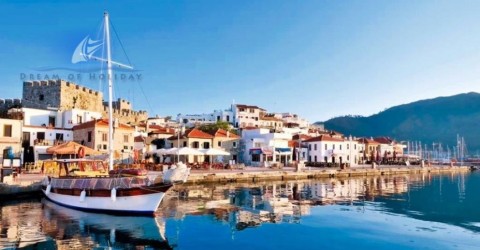 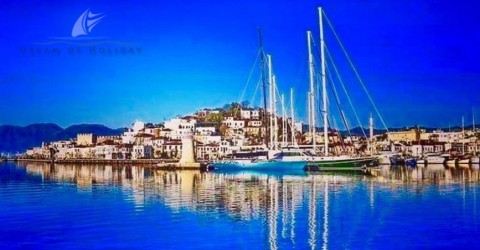 Information About Of Marmaris, Mugla Turkey

It is one of the symbolic structures of Marmaris, made by the Ionians, where you can watch the panoramic view of Marmaris. It is known that Marmaris Castle, which has witnessed the history of Marmaris, was built by Ions in 1044 BC. You can visit Marmaris Castle night and day with its magnificent location where you can watch the whole Marmaris View. Marmaris Museum is also located in the castle. Taşhan and Kemerli Köprü can be visited by history lovers, and you will have the chance to see Phskos, Loryma, Amos, Cedrae, Hydas, Erine, Castabus, Saranda and Bybassios, which are important harbor towns in ancient times. We recommend you to put this place in the top of the list of places to visit in Marmaris.

You can choose this island in Marmaris which is covered with forests in a 30 minute distance to Marmaris. Cennet (Paradise) Island, a wonderful example of the natural beauties of Marmaris, should find its place in the upper parts of the list of places to be seen in Marmaris Turkey.

Green and turquoise colour reminiscent of the aquarium offers guests a nice swimming opportunity. Although not known like the Phosphorous Cave in Alanya, you should still take Phosphorous Cave, a frequented place of Marmaris cruise boats, to the places to see list of Marmaris Turkey.

Icmeler, the most beautiful and most popular spot in the Marmaris region, has become renowned for its drinking water as its name implies. In addition to drinking water, its beaches, hotels, hostels and other accommodation points are highly demanded. Icmeler is 9 km away from Marmaris. Marmaris is the first place for holiday. Preferred for holiday in Marmaris, Icmeler Bay, is a region where people who do not stay in therealso prefer for its beach. Although there are many hotels and accommodation alternatives within its boundaries, Marmaris is preferred for entertainment life rather than Icmeler.

This bay, which attracts the attention of local and foreign tourists, is 20 kilometres to Marmaris and it is reachable by road or sea. It is the most popular place of Marmaris after Icmeler bay. Turunc Cove, where you can see the shades of green and blue, is one of the Blue Flag beaches of our country. You can also do underwater sports Icmeler, whichtotally deserves to be in the list of places to visit in Marmaris Turkey.

A region you can reach from Marmaris by sea, and a perfect region with its immaculate sea and unspoiled beach, green and blue blended with the sun, and it must bein your list of natural beauties of Marmaris Turkey. We suggest you to visit Kumlubuk Cove, which is a quiet, calm and exquisite place where no one can disturb you.

Farm Cove which welcomes Marmaris holiday-makers with its wonderful view is the best example of the natural beauties of Marmaris Turkey. Like Patara Beach, Blue Lagoon Beach and Iztuzu Beach, it is undoubtedly one of the best beaches in Turkey. Especially yachters preferred this cove with its large sandy beaches and arbour restaurants. It is a frequent spot for the Jeep safari-makers.You can join the day trips on Marmaris and enjoy the region.

Gunnucek is located in the forest of Liquidambar Orientalis, which is rarely seen in the world. It is located on the way of Yalancı Bogaz and 1 km from Marmaris. Gonnucek National Park, which has a different beauty every month of the year, fascinates its visitors. We recommend you add it to the list of places to visit in Marmaris Turkey.

Yalancı Boğaz is one of the places you should see during Marmaris holidays. There are tree-made Gullet shipyards in Yalancı Bogaz, which is 8 km away from Marmaris. Despite the fact that it is not a real bosphorus, its underwater ecosystem is uniquely real. Yalancı Bogaz is one of the places you need to consider in order to experience the nature of Marmaris and to dive in Marmaris holidays.

Marmaris, which is preferred by locals and foreigners, is very popular for night life. The bars and discos of Marmaris, where the world famous DJs also perform, are quite a movement. You can listen to all kinds of music on the streets of Marmaris bars street. Marmaris has the most active and fun nightlife among the ones in the Aegean region such as Bodrum nightlife, Fethiye nightlife, Kusadasi nightlife or Didim nightlife. There are many disco, bars, cafes and restaurants on the streets of Uzunyalı as an alternative to Marmaris bars street. There are many restaurants in Marmaris where you can taste the unique tastes of the Mediterranean and the world cuisine. Apart from the historical places of Marmaris, natural beauty and sea, Marmaris is a region that can be preferred only for night life and vacation.

Nature enthusiasts can also visit recreation spots like Turgut and Bozburun in  Marmaris.

Marmaris, which is one of the distinguished holiday destinations of the world and our country, offers many alternatives among Marmaris hotels, hostels and Holiday Villages for Marmaris holidays. Marmaris Hotels, which will not overrun your budget,are the places that deserve to be on the list of the most beautiful hotels in the world. Our company Dream Of Holiday, which is one of the pioneers of the holiday villas and home rental sector in the villa, serves every budget and every guest group in hotel concept in Marmaris as well as in holiday centers such as Bodrum Turkey, Kas Turkey, Kusadasi, Fethiye Turkey and Cesme. You can reach our rental houses and holiday homes in different locations and concepts in Marmaris from the relevant links.

One of the indispensable options of Marmaris Holiday is the Gullet or Yacht holiday. As Arsis Yacht Charter, which is one of the leading companies in Turkey in yacht chartering sector, we also offer Gullet Charter and Motor Yacht Charter services in Marmaris Port, which we have also offered in Gocek Harbour, Bodrum Harbour, Fethiye Harbour, Kusadasi Harbour and Kalkan Harbour. You can get detailed information from our call centre.

Road Transportation: With the highway operations done in recent years, road transportation to Marmaris is carried out without any problems. As you can reach with your own vehicle by using Izmir Turkey - Aydin – Mugla - Fethiye - Gocek Turkey routes; You can also travel with the bus smoothly. Buses are available from major cities like Istanbul, Ankara Turkey, Izmir, Bursa Turkey and Antalya Turkey.